Review: Shelter of the Most High by Connilyn Cossette 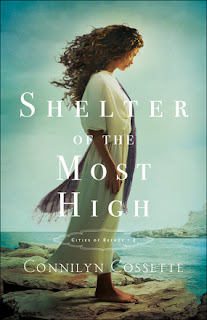 The daughter of a pagan high priest, Sofea finds solace from her troubles in the freedom of the ocean. But when marauders attack her village on the island of Sicily, she and her cousin are taken across the sea to the shores of Canaan.


Eitan has lived in Kedesh, a city of refuge, for the last eleven years, haunted by a tragedy in his childhood, yet chafing at the boundaries placed on him. He is immediately captivated by Sofea, but revealing his most guarded secret could mean drawing her into the danger of his past.


As threats from outside the walls loom and traitors are uncovered within, Sofea and Eitan are plunged into the midst of a murder plot. Can they uncover the betrayal in time to save their lives and the lives of those they love?

Shelter of the Most High is an excellent book! I haven't read much fiction set in Bible times so I wasn't sure what to expect, but I was pleasantly surprised.

I was on the edge of my seat for most of this book! I was in awe of the bravery of Sofea, Prezi, and Eitan. There were multiple scenes where I just couldn't stop turning the pages to see what was going to happen. There was some violence in the story, but I think it was true to the time frame in which the story was written.

I'm not familiar with the cities of refuge in the Bible so it was interesting to read about one. I thought there was great spiritual content in the book. I was so inspired by Moriyah's faith! I loved how peaceful she was in every situation and how she trusted God. Moriyah's life was threatened and her husband and son were protecting her, but despite that, she told Eitan that ultimately her life was in God's hands.

If you like historical Christian fiction or Biblical fiction, I highly recommend this book!

I received a complimentary copy of this book from the publisher. All thoughts and opinions are my own. 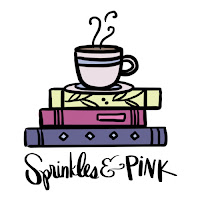