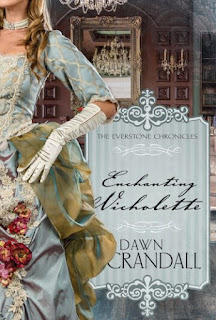 
In this captivating novella by Dawn Crandall, Nicholette Everstone is already a widow at the age of twenty-two: her husband was murdered on their wedding day. She has just returned to Boston after two years of mourning in Europe. Although her husband was loving, the marriage was an arranged one, and Nicholette would like to wed again–this time for love…and to someone safe.

As she acclimates to life in Back Bay again, Nicholette meets someone she can’t help but fall for. But when she learns of the danger and sacrifices Cal Hawthorne takes on for the safety of others, will her heart be strong enough to keep her fears of “what if” at bay?

If you like historical, romantic, Christian fiction, this book is for you! This is the fifth book in the Everstone Chronicles series, but can easily be read as a standalone. However, if you like this book, you will definitely want to go back and read the first four!

The opening scene is so swoony...and it takes place at a bookstore! I liked Nicholette. She is strong and has a good head on her shoulders. Her husband died on their wedding day and we meet her two years later after she is out of mourning and reentering society.

Cal is a widower and had his eye on Nicholette before they both married other people. He adds some suspense to this romantic story which I enjoyed.

I liked the theme in this book that God's timing is perfect and He can orchestrate anything.

I received a complimentary copy of this book from the publisher. All thoughts and opinions are my own. 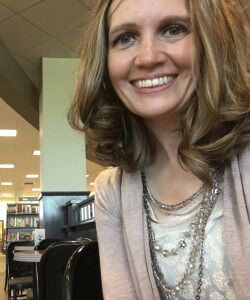 Dawn Crandall‘s debut Gilded Age Victorian romance, “The Hesitant Heiress,” was a 2015 ACFW Carol award finalist in the debut category and received the 2015 Gayle Wilson Award of Excellence, the 2015 Write Touch Reader’s Choice Award and the 2015 Romancing the Novel Reader’s Choice Award. Her follow-up novel, “The Bound Heart,” received the 2016 Laurel Award from Clash of the Titles. Dawn earned a BA in Christian Education from Taylor University. She’s been balancing books and babies lately as her two sons were both born as the four books of her Everstone Chronicles series were being released from Whitaker House from 2014 to 2016. Dawn lives with her husband and two young sons on a hobby farm in her hometown in northeast Indiana. 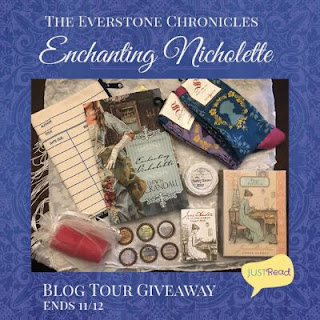 TOUR GIVEAWAY
(1) Winner will win:
(US Mailing Addresses Only)
Enter via the Rafflecopter giveaway below. Giveaway will begin at midnight October 29, 2018 and lasts through 11:59pm November 12, 2018. Void where prohibited by law. US addresses only. Winners will be notified within a week of close of the giveaway and given 48 hours to respond or a new winner will be chosen.
Enter Giveaway Here

Giveaway is subject to the policies found here.