I have liked every book I've read by Rachel Hauck so it was no surprise that I really enjoyed reading Dining With Joy. 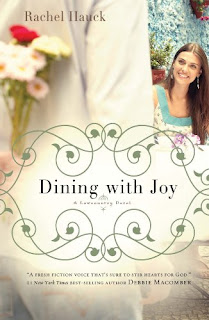 This is the third book in Rachel Hauck's Lowcountry series and I'm not sure why it took me so long to get to it. I read the first two books in the series last summer and enjoyed them both. This book can easily be read as a stand alone book.

Joy Ballard is the host of a cooking show (that she never really wanted to host) and she keeps it a secret that she can't cook. As the book progresses, we learn that she took over the hosting of the show to fulfill her father's dying wish. Joy struggles with her secret throughout the story. I was reading this before bed one night and I had a knot in my stomach as I was trying to fall asleep and I realized it was because I was worried about Joy's secret of not being able to cook. The fact that I was so into the character's problem is the sign of a good book! The book gave good insight into what it must feel like to carry on a major deception and the problems it adds to one's life.

Luke Redmond has his own issues with a failed restaurant attempt and an aging father. Luke becomes Joy's co-host and quickly figures out that Joy can't cook and tries to help her. Love starts to bloom between the two until Joy's secret is very publicly discovered which ends the show and Luke moves several hours away for another job opportunity.

Through the loss of her show and Luke's move, Joy discovers how to let God lead her. It was good to see where she ended up.

Joy's family plays a large role in the book and their issues added to the storyline. There was a twist I didn't see coming with Joy's mom and I loved it!

I borrowed this book from a friend. All thoughts and opinions are my own.

"Chef" Joy Ballard longs for a simpler life. But when a good-looking outsider arrives and spices things up, life becomes deliciously complicated.

Host of a regionally-syndicated cooking show, Joy Ballard has a little secret: she can't cook. But when her show is picked up by a major network and given a prime time slot, her world heats up faster than a lowcountry boil.

Enter Luke Redmond: handsome, creative, and jobless after having to declare bankruptcy of his Manhattan restaurant. When her producers ask him to co-host the show, Joy sees Luke as her way out. But Luke sees much more than just a co-host in Joy.

Their relationship begins to simmer on and off set. Until Joy's secret is revealed and her reputation is ruined on national television by her rival, Wenda Devine.

But could Devine's cruelty be a divine gift? Losing Luke - and her career - forces Joy to consider where her worth really comes from. Could God be cooking up an even bigger adventure from the mess? And will Joy hang on long enough to find out? 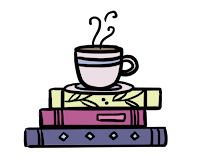 What's a book that you've read that you were so absorbed in a character's issue that you found yourself thinking about it later?