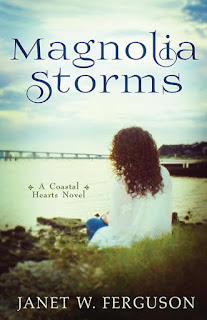 Maggie Marovich couldn’t save her father or her home from Hurricane Katrina, but she’s dedicated her life to meteorology so she can warn others when the monster storms approach. Except…she works three hours inland and rarely risks returning to her childhood hometown of Ocean Springs, Mississippi. Both her single-parent sister and the ship pilot Maggie once loved refused to leave the Coast, despite Maggie’s requests. Now a hurricane’s headed toward Mississippi, and Maggie’s sister is seriously injured, leaving Maggie little choice but to head south—into the storm.

The water and tides flow through Josh Bergeron’s veins, and he can’t imagine giving up piloting—even for the love of his life, the infuriating Magnolia Marovich. He tried to move on without her, marrying and having a child. But after his wife abandons him and his little boy, his career choice is threatened by the weight of his parental responsibilities. Moving next door to Maggie’s sister and sharing their child care seems like the perfect set-up. Until Maggie blows back into town.

Being forced to lean on Josh for help washes up the wreckage in Maggie’s faith. Where was God during the destruction of Katrina? Why do some prayers seem to go unanswered? Between the hurricane looming in the Gulf and another gale raging in her heart, can Maggie overcome her past and find the trust to truly live?

The Foreword in Janet W. Ferguson's Magnolia Storms is so touching! How often do you start out talking about a book and commenting on the Foreword? Magnolia Storms was very well written and a bit deeper than books I usually enjoy. I was especially impressed by the extra characters and story lines throughout the book.

I could totally relate to Maggie. She lives her life a captive to fear. It's understandable given the circumstances she's lived through, but I was frustrated with her and wanted to cry for her all at the same time. I disliked her a little because she was so afraid, but admired her because she pushed her fear aside and did what she had to do to be there for her family.

Josh was a very realistic hero. He struggles as a single parent and tries to be a good neighbor, employee, and friend.

I really enjoyed the relationship between Maggie's sister and her doctor. I also especially liked the addition of Aunt Ruth and her wisdom to the story. And three-year-old J.D. was adorable!

There were many spiritual lessons throughout this book, one of the biggest being that we need to trust God despite our circumstances. I enjoyed watching both Maggie and Josh learn to trust God in a deeper way.

If you like contemporary Christian fiction, I recommend Magnolia Storms!

I received a copy of this book from the author. I was not required to write a review. All thoughts and opinions are my own.

Is there an area of your life where you are letting fear take over rather than trusting God? 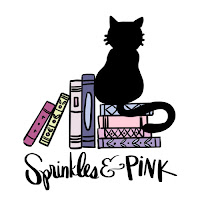